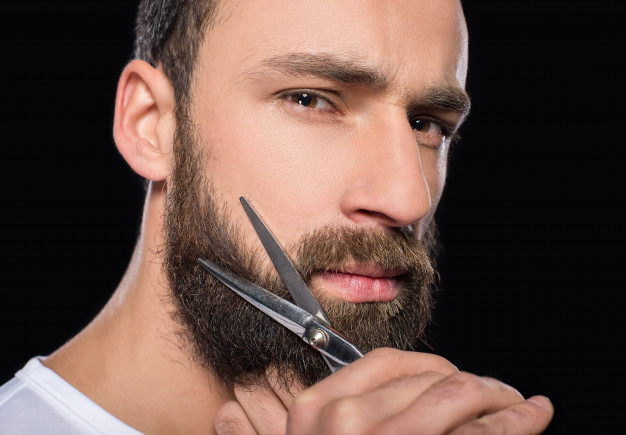 Of course, it is occupied by some people with great interest in understanding the idea of ​​the success of the hair transplant process or not, that matter is contemplated even before going to the doctor and making sure of it, and from here you see the need to know some signs, the most prominent of which are:

Lack of side effects and symptoms, so each process is self-evident that it has after the side effects that accompany it and that appear in one way or another, and the fact is that the fewer these effects, the more it will be a form of the success of the whole process.
The density of new hair and its natural growth, as it is not natural to search for signs of successful hair transplantation without taking into account the density with which it will grow, as the more thick the hair, the better the plant will be to the process, as well as natural growth is an important determining element .
Hair loss is in the right proper stage, as it is among the things that explain to us the idea of ​​a successful operation that the hair is prone to falling, but in the natural stages to signify the renewal of hair again and the emergence of other hair follicles, this time will be the original follicles of the same person.
The doctor’s statement to do so during the follow-up. Finally, when you contract the operation with a suitable center, you will go for follow-up. During this stage, the doctor will clearly tell you about the success of the operation or not and whether things are going right or not.

Do you really want the hair transplant to succeed and avoid everything that might be related to failure? Well, the matter is very simple, all that you will be required to adhere to a set of important instructions, the most prominent of which are:

Ensuring the capabilities and capabilities of the center before contracting with it, this matter is very important and a difference in determining the idea of ​​obtaining positive results or not, as when determining the place and knowing its medical history well it will not be easy to fail the process when choosing that place.
Performing the necessary examinations before embarking on the process, which is also guaranteed by the center before the operation is conducted, especially if it is a distinguished center that cares all attention to the previous details of the process, including the tests that determine the person’s suitability for the process in the first place.
Wearing a headscarf and not being exposed to the sun, this headscarf may be a head hat, but it is definitely recommended that this hat be of a concave type that does not cause friction in the place of cultivation, and of course this cap is mainly due to the sun and its effect on the head.
Avoid alcohol and smoking, which is something that the doctor will definitely advise you before the operation, as well as you will advise it after, as it did not happen permanently, at least for two months after the operation.
Not making an arduous effort, which is definitely a truism, since after such an important operation it is expected that there will be a rest for a period of no less than two weeks thereafter, and of course absolutely prohibits the exhausting physical work.
Contraband after hair transplant

After performing the hair transplantation, there will be some prohibitions that must be avoided in order for the operation to succeed with certainty, the most important of which are the following:

Doing strenuous exercise, as it is crazy, will definitely be forbidden directly after the operation, due to the possible acceleration of side effects, bleeding or the appearance of scars, etc., so it can be faced with simple movement and stopping exercises for days.
Shower and friction with water, after the operation you will have to maintain the place of surgery and keep the head away from any friction in general, and that friction may be resorting to water and bathing with it, at least for a week of the process will be completely prohibited.
Drinking alcohol in large quantities, even if you are not able to prevent yourself from drinking alcohol after the hair transplant process, surely you must not reach the stage of drinking greedily, because immediately after the operation the alcohol will contain substances harmful to the process and may cause bleeding.
Sleeping the wrong way, it is known about the hair transplant process that it does not affect the head and the place of transplantation only, but it affects every place in the head, so sleeping, especially in the first days after the operation, will be a very important and necessary thing to do correctly, It is based on the non-loading on top and the appropriate positioning of the pillow